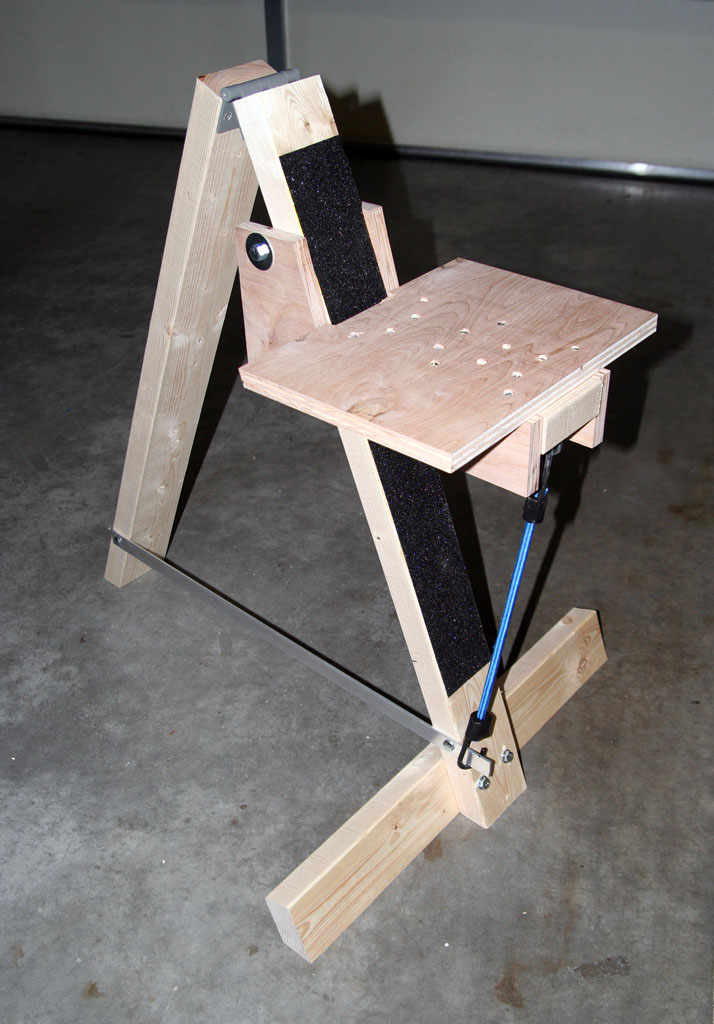 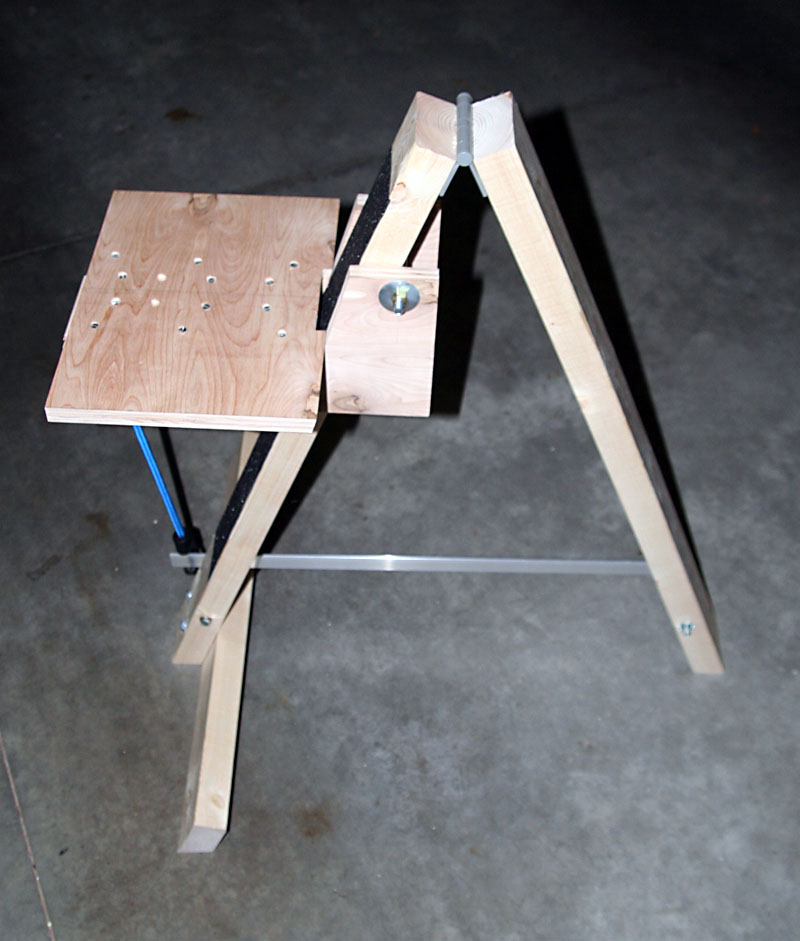 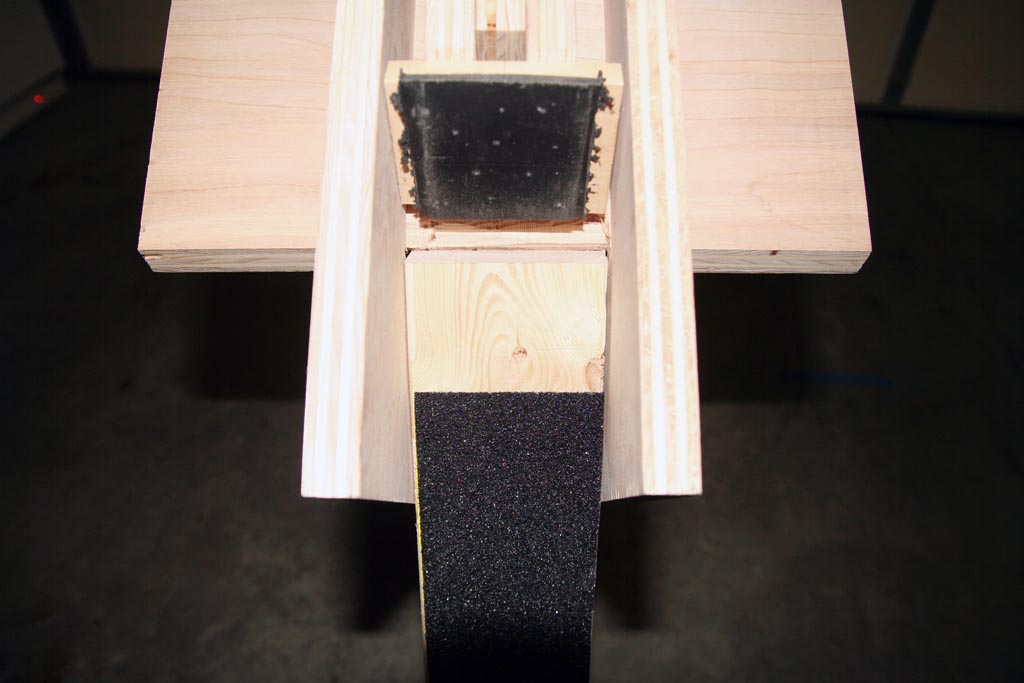 I have recently started to pursue some visual astronomy in addition to my astroimaging. It only took one night using my 8 inch Dobsonian to realize a standard yard chair was not up to the task! After some research on the Internet I found a nice simple design called a "Denver Chair", after the name of the club where it originated. There original plans are available here.

I followed their plans for the most part except I made one modification to the part of the chair seat that rests on the black non-slip pad. When I had read about the design most people had found the non-slip material would rip when weight was applied to the seat. I figured this was because the force from the seat was concentrated on a small area, resulting in the pad failing and ripping. So I took a thick square of rubber and mounted it at an angle matching that of the support leg. There are now several square inches of contact results in much less pressure on the non-slip pad. The last image above shows the rubber pad.

It takes a bit of faith to sit on this style chair for the first time! But I found once weight is applied on the seat it will not slip. To make sure the chair did not slip down when I was not sitting on it I added a bungee cord that keeps pressure on the seat.